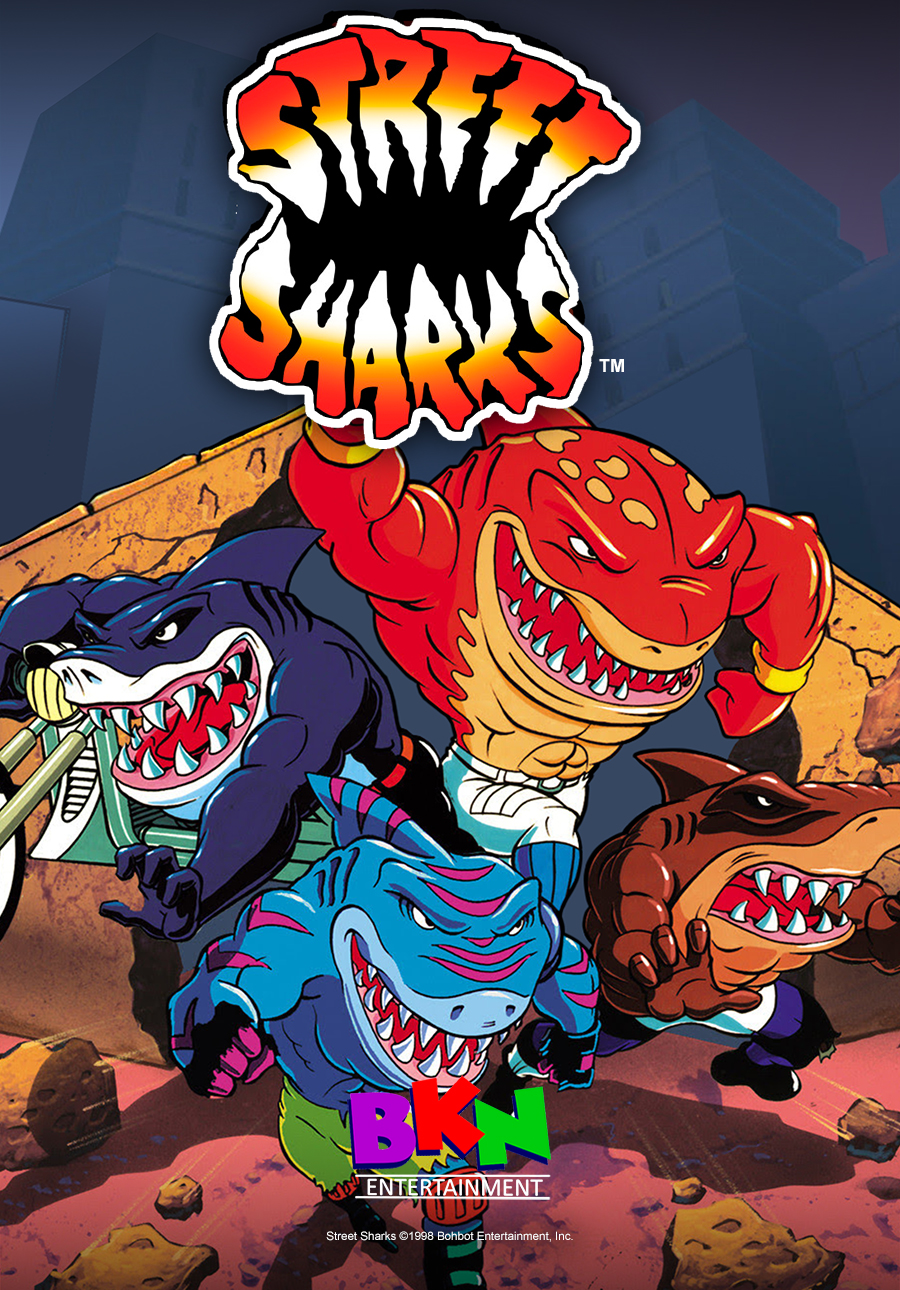 A university professor named Dr. Robert Bolton and his partner Dr. Luther Paradigm create a machine known as the "gene-slammer" which is capable of changing aquatic animals into anthropomorphic hybrids by combining their DNA. In his attempt to prevent Paradigm from using this machine for personal power, Bolton is transformed into an unseen monstrosity, but escapes. Later, Paradigm gives Bolton's four sons John, Bobby, Coop, and Clint the likeness of four different sharks. When Dr. Paradigm captures their friend Bends, the resulting "Street Sharks" rescue him and the resulting battle causes Paradigm to be combined with piranha DNA (for which he is often nicknamed "Dr. Piranoid" by other characters).