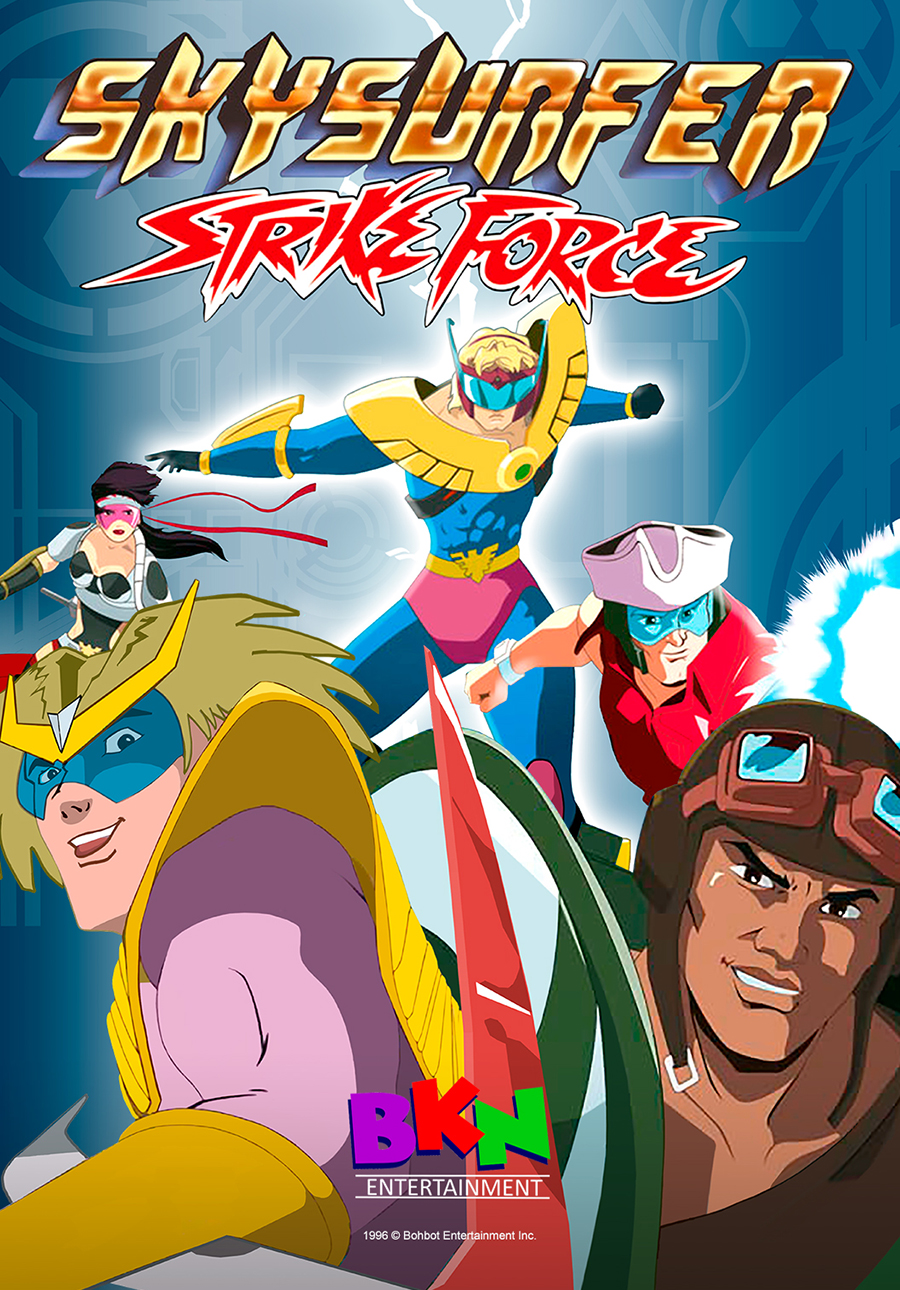 A mysterious explosion causes the destruction of an artificial intelligence lab that kills scientist Adam Hollister. In the aftermath, Hollister is framed for the incident. His son, Jack, sets out to prove his father's innocence. He believes that someone else caused the explosion and stole an experimental computer brain from the lab. The man who stole the computer brain merges it with his own, turning him into the master criminal known as Cybron. To fight Cybron and his evil bio-borgs, Jack Hollister and his four friends become the Skysurfers.