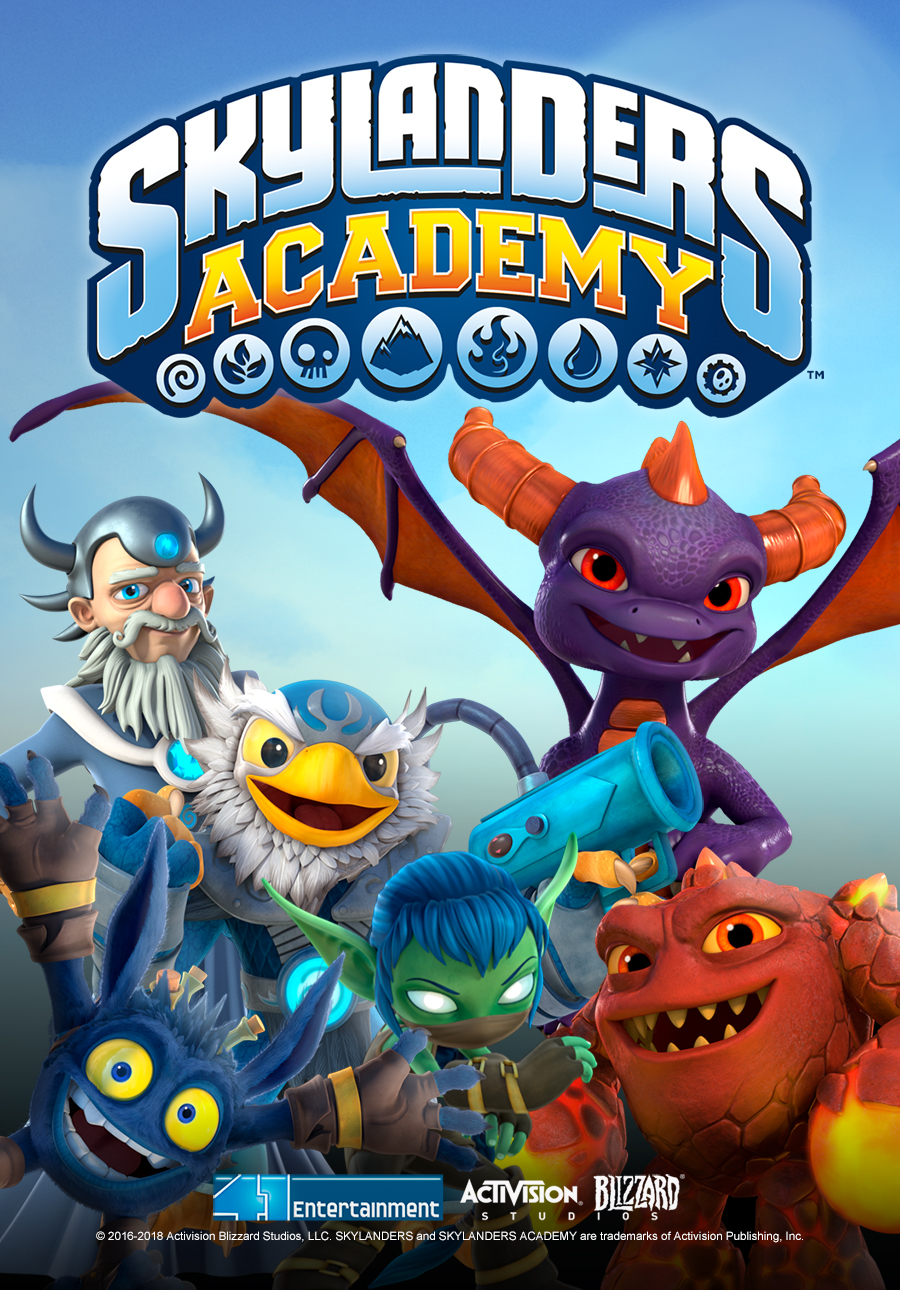 Based on the successful Skylanders® videogame franchise with $3.5 Billion in retail sales to dateⁱ, SKYLANDERS™ ACADEMY follows the story of the greatest young warriors from realms all across the Skylands and how they are trained at SKYLANDERS ACADEMY to protect the universe from evil-doers. The newest SKYLANDERS team - SPYRO, STEALTH ELF and ERUPTOR – are on high alert to foil KAOS and the DOOM RAIDERS’ plots to rule the universe! And look out for Crash Bandicoot, who crashes the party! With an All-Star cast including Justin Long, Ashley Tisdale, Norm Macdonald and Susan Sarandon, SKYLANDERS™ ACADEMY is produced by Activision Blizzard Studios. (25 languages available)

ⁱBased on revenue, according to The NPD Group, Gfk Chart-Track and Activision Blizzard internal estimates, including toys and accessories, since launch in 2011.