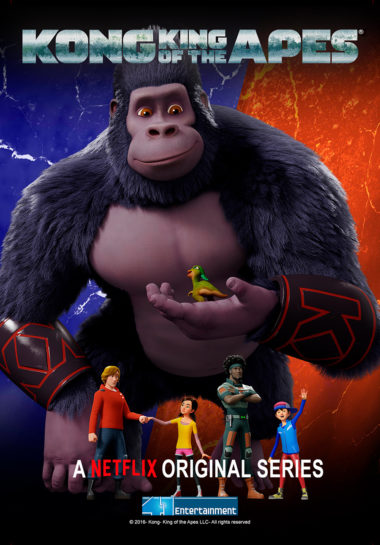 Kong - King of the apes

Created by Avi Arad and Story Edited by Alexandra Bland, KONG finds himself in a preserved prehistoric underworld. Dinosaurs roam the land, pterosaurs soar, and giant insects still exist – all underground. The team must stick together and rely on Kong’s super-size and super-strength, Danny’s animal whispering skills, and their collective smarts to keep themselves safe in this ancient land. And to Richard’s pride-swallowing chagrin, he must team up with his former foes, or get eaten up by a T-Rex or suffer monstrous mosquito bites! Kong and Lukas and the whole team try to find a way to the surface while trying to survive in the land of the dinosaurs­. The world still needs Kong to defeat the villainous Botila! How are Kong, Lukas and team going to get out of the underworld? What are they going to find when they surface in Botila’s changed world? Won’t Botila be surprised when she realizes Richard is not really gone?! (28 languages available)