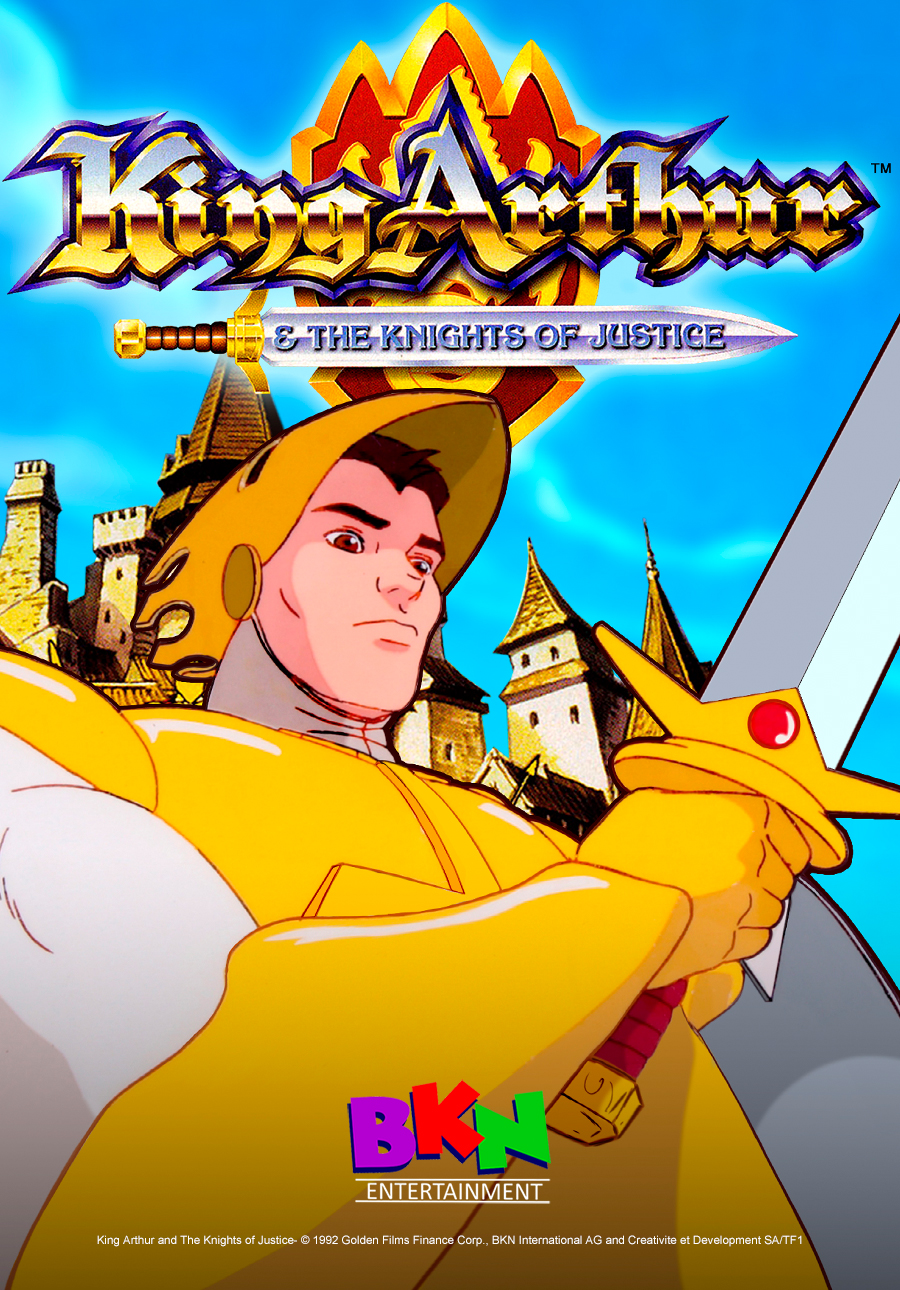 King Arthur and the Knights of Justice

King Arthur and the Knights of the Round Table are trapped in the Cave of Glass by Arthur's sister, the evil enchantress Queen Morgana. The wizard Merlin, unable to free King Arthur and the Knights himself, searches the timeline for replacement Knights. He finds the quarterback of the New York Knights football team, Arthur King, and transports him and his teammates to Camelot after one of their football games. He appoints Arthur King as their leader, with his teammates as the new Knights of the Round Table, and assigns them the task of freeing the true King and Knights. To do so, they must find the Twelve Keys of Truth, one for each knight that only the knight in question can initially touch. Once all the keys are found, the real knights will be free and the team will return home. In the meantime, they pledge "fairness to all, to protect the weak and vanquish the evil". The Knights are armed with special armor and are able to summon their respective creatures at any time when in battle armor. These animals, such as King Arthur's dragon, are emblazoned on their shields.