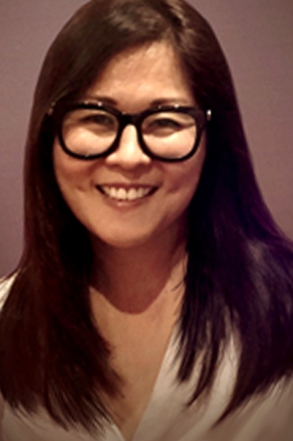 Konnie Kwak has over 500 hours of animation production experience. Konnie began her career in the animation industry in 1998 as a work for service liaison to oversee and manage the production pipeline for Korean animation. Since that time, Konnie has worked on the productions of several Emmy winning shows including: Family Guy, King of Hill, Simpson, ChalkZone, Proud Family, and Eight Crazy Nights.
In 2007, Konnie founded Toonzone Studios which was funded by the Korean Government’s GIMC (GIMC is a Central Korean Government initiative to produce original properties for the international market) and Chinese Ministry of Culture. Konnie worked with GIMC to create original international shows to place them on global networks such as Nickelodeon and Disney.

Konnie’s additional experience includes working as Executive Producer on Yoohoo and Friends, as well as a co-production with Aurora ToyCo to launch a L&M initiative including a McDonald's Happy Meal QSR campaign along with master toy Just Play ToyCo for BigBox. Konnie has also created, developed, and served as EVP for Big Foot Little for Saban Brands in 2016, created and developed Code Green as an original show for Green Kids Club, and served as EP and EVP on Tori and Her Hair.