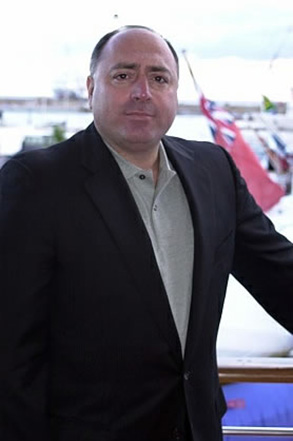 Allen Bohbot is the Founder and Managing Director of 41 Entertainment. Bohbot began his career at a media buying service in New York focused on children’s accounts, and in less than 10 years, formed his own agency with Toys “R” Us as its anchor client. The agency became the third largest media buying service in the U.S.; adding clients such as Mattel, Sega Electronics, Tyco, and Matchbox.

Bohbot’s interest in animation started as a resource for his clients. Through his interest in animation, he became the CEO of BKN International, a publicly listed company in Germany and UK as well as BKN Entertainment Inc in the USA. Beginning with the hit video game, Sonic the Hedgehog in 1992, Bohbot developed, produced, and/or distributed a plethora of animated series including: Adventures of Sonic the Hedgehog, Legend of the Dragon, Dork Hunters from Outer Space, Ultimate Book of Spells, Pocket Dragon Adventures, and Kong – The Animated Series.

In 2009, Bohbot wanted to branch out on his own and resigned from BKN International and founded 41 Entertainment LLC on January 7, 2010. Since formation, the company has developed, produced, and/or distributed many animated projects including PAC-MAN™ and the Ghostly Adventures, Blake -Double Identity™, Mermaidens™, and Pocket Dragons™ as well as three Netflix Originals including: Kong – King of the Apes™, Tarzan and Jane™, and Super Monsters™.